Trace the legacies of Viking and Celtic clans on this extraordinary voyage across the mist-enshrouded peaks of Scotland and the pristine natural beauty of Norway’s mighty fjords. Cruise into ports accessible only by small ship. Discover the Orkney Islands’ fascinating Neolithic history, featuring a special presentation on the Ness of Brodgar by archaeologist Nick Card. Enjoy a full day scenic excursion into the glens of the Scottish Highlands and a specially arranged ride on Norway’s legendary Flåm Railway. Enhance your journey with the Wonders of Norway Pre-Program and/or Edinburgh and Glasgow Post-Program Options.

*This program also runs in the reverse direction.

Itinerary will also operate in the reverse direction.

Le Dumont-d’Urville, launched in 2019, ushers in a new generation of five-star small ships, combining revolutionary design and a new standard of luxury for unparalleled cruising. Dock in smaller ports inaccessible to larger ships, where authentic cultural experiences and majestic scenery await you.

Learn more about the Le Dumont-d’Urville >

Our five-night itinerary extension explores the Norwegian highlands and the scenery of Europe’s highest mountain plateau on the Bergen Railway. Visit Stalheim and Oslo—concluding your tour with a cruise along Copenhagen’s canals. Stay in historic hotels with one night aboard an award-winning Seaways ferry.

Discover two of Scotland’s greatest cities and their histories of clans, medieval knights and royal intrigue on a three-night itinerary that includes visits to Glasgow and Edinburgh. Accommodations are in the ideally located Sheridan Grand Edinburgh.

*This program also runs in the reverse direction.

The Pre- and Post-Program Options are available at additional cost. Details will be provided with your reservation confirmation.

Flåm Railway, one of the world’s most scenic train routes. This masterpiece of Norwegian engineering—the steepest standard‑gauge railway track in Europe, spiraling 2,835 feet—opened to the public in 1940 and travels 13 dramatic miles through 20 tunnels to Myrdal’s mountaintop station.

Learn more about the Flåm Railway > 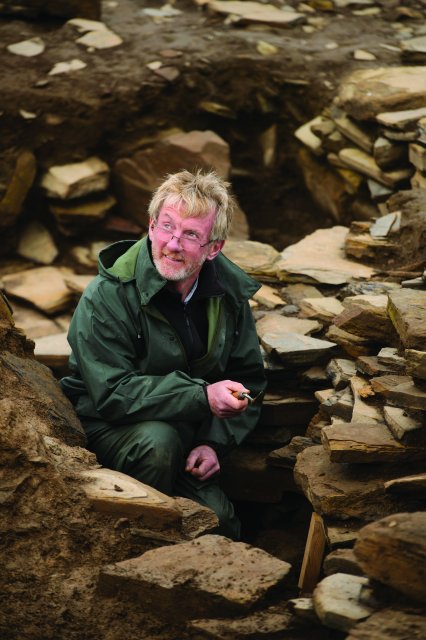 Nick Card, is a senior projects manager at Orkney Research Centre for Archaeology, Scotland, and the site director of the excavation of the Ness of Brodgar. He has worked widely throughout Britain since earning an M.A. with honors in archaeology from Glasgow University. He first engaged in archaeological excavation on Orkney as a student and latterly as a post-graduate research assistant. Falling in love with the islands, he permanently moved there over 25 years ago. Over the last 15 years, he has managed a wide range of projects for the Orkney Archaeological Trust and the Orkney Research Centre for Archaeology, which he helped establish at Orkney College University of Highlands and Islands. He also assisted in setting up the Archaeology Institute in the University of the Highlands and Islands, where he is now an Honorary Research Fellow. 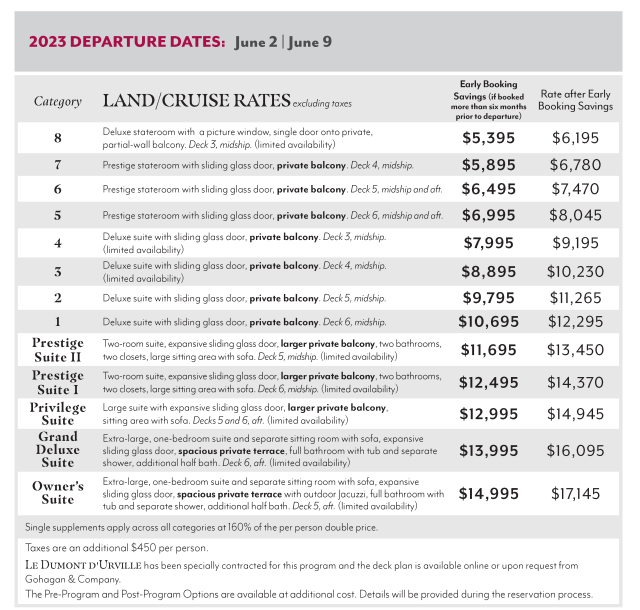 Your trip will begin by departing the U.S. or Canada for an overnight flight to Bergen, Norway.

Arrive in Bergen. Early arrivals will have the use of the Hospitality Room at the Radisson Blu Royal. This afternoon, embark the five-star Le Dumont-d’Urville.

In Bergen, stroll the grounds of Troldhaugen, the summer home of famed Norwegian composer Edvard Grieg. Visit the Fantoft Stavkirke, a 12th century wooden stave church, noted for its durable post and lintel construction. Take a walking tour of the UNESCO World Heritage Site of Bryggen, Bergen’s historic waterfront. Attend the Captain’s Welcome Reception on board the ship this evening.

Cruise Sognefjord, passing traditional farmsteads and villages flanked by soaring mountains and glaciers. This afternoon, board the Flåm Railway, one of the world’s most scenic train journeys, travelling 13 miles through 20 tunnels to Myrdal’s mountaintop station. Watch as snowcapped mountains and cascading waterfalls—including the awe-inspiring Kjosfossen—unfold along this branch of the world-renowned Bergen Line alongside intriguing hamlets.

Dock in Lerwick and transfer to the island’s southernmost point. Visit Jarlshof, a site pending UNESCO designation. See the remains of more than 4,000 years of human history, including late-Neolithic stone houses; a Bronze Age village; an Iron Age broch and wheelhouse; Norse longhouses; a medieval farmstead; and a 16th-century laird’s house.

This morning, the director and head archaeologist of the Ness of Brodgar site, Nick Card, will provide insight on this impressive ancient compound outside of Kirkwall. Visit the Neolithic Heartland of Orkney, a UNESCO World Heritage Site, and view the ceremonial Stones of Stenness, the Ring of Brodgar henge, and the nearby Ness of Brogdar site. Continue to the early Orcadian settlement of Skara Brae, then visit St. Magnus Cathedral, known as the “Light of the North.” Hear the iconic sounds of a Scottish bagpiper as you reboard the ship. This evening, enjoy a storyteller’s performance of traditional Scottish tales.

Day 7 Kyle of Lochalsh/Isle of Skye

Visit the 13th-century Eilean Donan Castle, one of the world’s most recognized castles, and travel through the beautiful Cullin Mountains to the Isle of Skye’s scenic coastal capital of Portree. Enjoy leisure time to explore.

In Glenfinnan, see the Glenfinnan Viaduct, immortalized by the Hogwarts Express in the Harry Potter film series, and the Glenfinnan Monument commemorating the Jacobite Highlanders that rallied against King George II. See Neptune’s Staircase, the longest staircase lock in Britain and an incredible feat of engineering. Explore Glencoe, one of Scotland’s most scenic landscapes. Enjoy the afternoon at leisure and attend the Captain’s Farewell Reception this evening.

Disembark in Glasgow and continue on the Glasgow and Edinburgh Post-Program Option or transfer to the airport for your return flight to the U.S. or Canada.